All points of interest
Have you seen:
Included in these itineraries:
Nature Trail, Family Friendly
walking

A woodland walk along part of the Highland Boundary Fault.

The Den (‘narrow valley’ or ‘gorge’) o’ Alyth is a wooded glen through which the Alyth Burn runs. Part of the geography of the Highland Boundary Fault, it is close to the trail on the outskirts of Alyth, and much of the stone quarried to build parts of Alyth in earlier times was quarried from here.

Designated a Site of Special Scientific Interest (SSSI) by Scottish Natural Heritage, the Den’s ancient woodland is of semi-natural origin, comprising native species, such as ash, oak, birch and hazel, and non-native species, such as beech and sycamore. A variety of wildlife is regularly spotted among the oak, ash, beech and birch trees, including red squirrels, deer, tree creepers and great tits, with dippers, herons and grey wagtails often seen by the water.

Details of the route can be found on the map below.

The sound of flowing water is never far from you as you walk through the Den. In places, the Alyth Burn has cut deeply through the rock creating high cliffs where you will see a reddish rock exposed – this is known as Old Red Sandstone.

Old because the debris making up this rock was laid down on the bottom of a series of shallow lake basins some 400 million years ago. Red because the hot, humid conditions of the time ‘rusted’ the rock minerals. Sandstone because the sand and rocks being eroded off the high mountains to the north were washed down in torrents into the lakes. Here the sand and pebbles settled in thick layers in the lake bottoms, and were later reworked by streams. Pressure over thousands of years has compacted this loose material into solid rock. The larger pebbles are rounded. This tells us that they have experienced a lot of grinding while being carried in fast flowing water.

Later movements of the earth’s crust ‘tilted’ the sandstone layers which is why today we see the exposed rocks sloping downwards.

The lower car park is built by the old quarry. Because of the layered and jointed character of the sandstone, and its attractive colour, the local stone was used to build Alyth town as it expanded rapidly during the 1800’s.

The steep cliffs and boulder bed of Alyth Burn are evidence of the more powerful forces responsible for the Den’s shaping than exist today.

The force responsible was that of the valley glaciers moving south from the main Cairngorm ice mass. The ice finally receded some 10,000 years ago; with the melting of the glaciers, vast quantities of meltwater created torrents loaded with rock debris which acted as powerful scourers of the soft sandstone. As the meltwater supply declined, so the load of sand and gravel in these rivers was deposited in the valley.

Since then, a much smaller stream has been shifting its course along the valley bottom, making its way around large boulder and rock obstructions. The fluted nature of the steep western slopes was caused by the weathering of the loose gravels before the slopes were colonised and stabilised by plants as the climate warmed. Since the first colonising plants, woodland has developed and remained without much interruption to give the Den its character today.

A stream is a dynamic, ever changing environment. Any wildlife living in moving water must be well adapted: fish and freshwater shrimps are strong swimmers; the stonefly nymph has hooks on its feet to hold on to rocks, while other small creatures take shelter in the slack water among the stones on the stream bed.

If you are lucky you may see a dipper. You will probably hear its high pitched call before spotting it as it flies past, close to the water surface. A dark-brown coloured bird with a white bib, it is adapted to swim underwater to look for food.

You can see grey heron here too, the largest of the European herons. It can stand with neck stretched out, looking for food, or hunch down with its neck bent over its chest. In flight it holds its neck retracted and has large rounded wings. It is usually solitary although several birds may feed fairly close together. It stalks its food, often standing motionless for some considerable time and usually feeds close to the bank or shore, but may wade out into shallow water.

Other birds regularly spotted in the Den are tree creepers, woodpeckers, great tits and grey wagtails and you can also see one of Scotland’s best-loved animals, the red squirrel, our only native squirrel species. If you are walking very early in the morning you will sometimes see roe deer down by the water’s edge.

The Den has been wooded for several thousand years. This continuous history of broadleaved woodland cover has increased its value for wildlife. If the woods had been felled, certain species of insects, mosses and other plants would not have survived. The steep sides of the Den have probably protected the woods by making the removal of timber from some areas difficult.

In the winter months, it is not uncommon to see ‘hair ice’ in the Den, a rare type of ice formation where the presence of a particular fungus in rotting wood produces thin strands of ice which resemble hair or candy floss. The conditions required for the formation of hair ice are extremely specific, hence the relative scarcity of sightings. To form, it requires moist rotting wood from a broadleaf tree together with the presence of moist air and a temperature slightly below 0 °C. It is generally confined to latitudes between 45°N and 55°N.

One of the first records of the phenomenon was made by Alfred Wegener (the discoverer of the geological process of continental drift) in 1918. He observed a strange ice forming only on wet dead wood and proposed a theory that a specific fungus must be the catalyst for the smooth, silky hairs of ice.

In 2015 the scientists Hofmann, Mätzler and Preuß determined the exact cause of the hair ice phenomenon, linking its formation to the presence of a specific fungus called Exidiopsis effusa.

They discovered that the presence of the fungus led to a process called 'ice segregation'. When water present in the wood freezes it creates a barrier that traps liquid between the ice and the pores of the wood. This creates a suction force which pushes water out of the pores to the edge of the ice surface where it freezes and extends outwards. As this repeats it pushes a thin 'hair' of ice out of the wood which is around 0.01 mm in diameter.

It is believed that an inhibitor present in the fungus allows the strands of ice to stabilise, allowing the formation of this beautiful phenomenon and permitting the hair ice to keep its shape often for several hours.

A woodland is not simply a group of trees. It is a complex community of many different plants and animals, all with their own special needs – sunlight, food, water and soil. Good woodland management must try to maintain the natural balance between plants and animals.

The differing character of the woodland can both be seen and sensed when walking through the Den. On the western bank the wood feels more natural. It is an untidy place with a mix of trees and shrubs of all ages and types. A tree canopy of mainly native species allows light enough to encourage a variety of understorey plants and dependent wildlife.

In the past it was popular to plant attractive species from other continents. Where these are able to compete and dominate in a woodland, the natural mix is disturbed. On the eastern bank the paths lead you through such areas, dominated by mature beech which is not native to Scotland. Here deep shade and leaf litter prevent any other plant growth and it is a poorer place for wildlife, especially insects.

By selective felling of mature trees, clearings can be made to encourage the growth of seedlings of native trees which need more light. In this way a return to a more varied and interesting woodland area can be achieved and the future of the woodland ensured.

A long time ago, the Den O’ Alyth was part of the ancient Forest of Alyth, designated a royal hunting reserve in the 12th century.

In August 1326, King Robert I, known as Robert the Bruce reputedly hunted stag in this forest prior to the signing of charters relating to the Abbeys of Arbroath and Scone.

The Cateran Trail runs very close to the Den ‘o’ Alyth. You can find out more about that here. 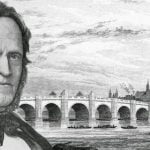 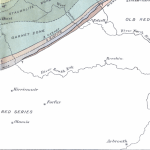