All points of interest
Have you seen:
Included in these itineraries:
History, Family Friendly, River, Viewpoint
walking

Site of a famous escape.

This narrow gorge in the River Ericht just north of the Brig ‘O’ Blair was once known as the ‘Keith’ but is now commonly referred to as Cargill’s Leap. Donald Cargill, born in Rattray, was a presbyterian minister and Covenanter. The Covenanters pledged to maintain their own way of worship following the signing of the National Covenant in 1638, hence their name. However, during the latter half of Charles II’s reign presbyterianism was outlawed by the Scottish Parliament. Ministers who resisted were evicted from the Church. Cargill, like many other Ministers, was forced to hold illegal meetings or ‘Coventicles’. These meetings were often broken up by the military and those captured were cruelly treated. It is said that on one occasion, Cargill managed to escape pursuing troops by leaping the gorge. He was eventually captured in 1681 and taken to Edinburgh where he was found guilty of treason and executed.

You can read more about Donald Cargill here. 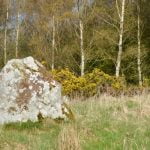 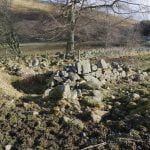