All points of interest
Have you seen:
Included in these itineraries:
Viewpoint, Wildlife, Historic Building, Memorial, Nature Trail
walking, car

Kirkton of Glenisla is an ancient farming community and little has changed over centuries in the way the land has been managed.

The remains of Bronze Age and Pictish sites, small farms, shielings, and meal mills can still be made out in the landscape, and the area’s ecclesiastical heritage is also evident, most notably in the name Kirkton which means church town.

By the 14thc - 16thc, Glenisla was part of the lands of Coupar Angus Abbey – a Cistercian order known for farming and raising sheep - whose wool was used to make their long, flowing, white robes.

The Abbey had extensive influence in the area through its ownership of huge tracts of land reaching right up into the glens and its role in developing the farming potential, which remains a mainstay of the area’s economy. 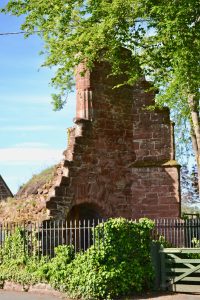 Ancient path networks took the monks through Glenisla to the market town of Alyth and then on to Coupar Angus Abbey. Some of these paths are still recognised today as rights of way, with one incorporated into the Cateran Trail.

This farming heritage made Glenisla an attractive target for the Caterans. Too easily noticed if they attacked through the Cairnwell Pass, they moved over the adjacent tops and came into Glenisla over the Monega Pass to raid cattle before driving the stolen beasts back through the Pass.

Following the Reformation, in the 16thc the lands were feued to local noblemen from the Ogilvy family who later took the title of Earl of Airlie. The rural seat of the Airlie's became the subject of clan rivalries and battles, with the late-medieval tower house fortalices of Forter, Newton and Craig being burned at various times, lastly in 1640 by Lord Argyll. Forter Castle is the only castle to have been rebuilt and still stands close to the Cateran Trail, giving a sense of the history of the area.

In the more peaceful 19thc, the area became a romantic destination, with Queen Victoria and Prince Albert visiting the top of Glenisla and picnicing on Canness on one of their last expeditions to the Highlands. The event is logged in the Queen’s journals and was also the subject of paintings by August Becker and Richard Principal Leitch.

In 1824, a local landowner added to the romantic look of the area by commissioning John Justice of Dundee to design and build a wrought iron suspension bridge over the River Isla. Now a B-listed structure, the bridge is important not only for its ingenious structure but as a prototype for the larger suspension bridge at Haughs of Drimmie in Perthshire.

The heritage of Kirkton of Glenisla is of particular historic value as an illustration of the impact of the great abbeys in shaping the culture of the area prior to the Reformation and of how the post-Reformation pattern of land ownership has left its mark on the landscape.

From the old maps the river is the Ila/Yla - meaning “river”. 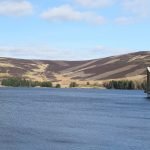 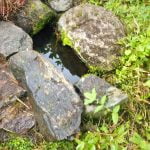