Created in the triangular space between the main routes northward and across the River Ericht, the Wellmeadow forms the principal public open space in Blairgowrie.

The area was, in past times, rich in natural springs and the name Wellmeadow is thought to have originated from St Ninian’s Well, the supposed location of baptisms by this 4thc – 5thc Christian missionary known as ‘The Apostle to the Southern Picts’.

Later, the site became a stopping place for drovers en route to market in Crieff and Falkirk and a mart (a market) continued to be held on the Wellmeadow until 1904 when a new mart was built at Bridgend on the Rattray side of the Ericht.

At one time the ‘Fair ‘o’ Blair’, circuses and every kind of entertainment imaginable was held here including Braemar Night, which became quite a fixture. In 1962 it was reported in the Glasgow Herald that ‘Last year 10,000 persons packed into the Wellmeadow in the centre of the town, for the three hour show’.

The Wellmeadow in 1935, Photo Laing Collection

A Coronation Pageant going past The Wellmeadow in 1935, Photo Laing Collection

A Coronation Pageant going past The Wellmeadow in 1935, Photo Laing Collection 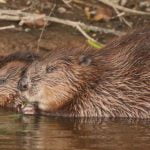 Beavers on the River Ericht 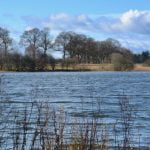