An important site in the 1715 Jacobite Rising.

A large area of open ground on the west bank of the River Ardle, just south of the Kirkmichael village, is known as the Bannerfield.

It was here in September 1715 that John Erskine, 6th Earl of Mar raised a flag in support of the exiled Stuart King James VIII, known as the Old Pretender, and gathered many Highlanders at the start of the 1715 Jacobite rising. The rising came to an end two months later with the defeat of Mar’s hastily assembled army at the Battle of Sheriffmuir.

Tradition has it that a gilt ball on top of the flagstaff was dislodged by a high wind and fell to the ground, seen by many as an ill omen and recorded in the old verse:

“But when the standard was set up,
Sae fierce the wind did blaw, man,
The golden nit, upon the tap,
Down to the ground did fa’, man,
The Hielandmen looked unca glam,
They didna’ like’t at a’ man,
And second-sichtet Sandy said,
We’d do nae good at a’ man”.

In more recent times, the Bannerfield has become the venue for the annual Strathardle Highland Gathering, now celebrating its 136th year.

Marching south from Braemar, the Earl of Mar raised the standard (or banner) here during the 1715 Jacobite Rebellion to gather support for the exiled Stuart King James, known as the Old Pretender.

James father, King James VII of Scotland (James II of England) had been overthrown by William of Orange during the revolt of 1688-1689 (often called the Glorious Revolution). This ended the Catholic line of the Stuart dynasty and established the protestant succession of the House of Hanover.

However, there were still many in Scotland and England who wished to return the Stuarts to the throne. Supporters of the Stuarts were called Jacobites (taken from the Latin form (Jacobus) of the name James). They attempted to retake the throne for the House of Stuart during time of political turmoil and there were attempts in 1708, 1719 and 1745 but the best chance of success came in 1715.

After gathering men at Kirkmichael, Mar marched into Perth (which had been captured two weeks previously) with an army of 5,000 and the support of many powerful landowners. Here the army grew and by October, Mar had well over 7,000 men under his command.

At the time, the Government Army in Scotland totalled only around 3,500 men but it was led by John Campbell, the Duke of Argyll who was an experienced soldier.

Both army’s met at Sheriffmuir on the 13th of November. The battle was indecisive but Mar abandoned his short term strategic aim to cross the Forth and instead retreated back to Perth.

The English Jacobites had been crushed at the battle of Preston and the Government army was steadily increasing.

James Francis finally joined Mar in Perth in January but the fight was effectively over. Support from France had not materialised and desertions had depleted the Jacobite force. By February James was on his way back to France, along with Mar and a few high-ranking Jacobites. Estates were fortified and cities and towns throughout Scotland were heavily garrisoned.

Many of the Scottish Jacobite leaders were allowed to escape into exile to avoid charges of high treason. However, those captured at Preston and tried in England were not so lucky and many faced jail, transportation or execution.

The Earl of Mar had a nickname - "Bobbing John," probably because he was known to keep changing his mind about which side he was going to support.

Some of the Jacobites became cattle thieves or Caterans in order to survive.

The Black Watch regiment was created in order to prevent smuggling and cattle rustling following the Jacobite Rising of 1715.

The 6th Earl of Mar, photo courtesy of the Mount Blair Community Archive

The Strathardle Games Flag being carried in 1932, photo courtesy of the Laing Photographic Collection 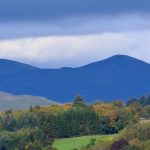 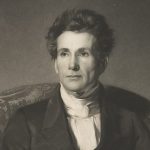