The childhood home of one of the most influential foreigners working in China in the early 2oth century.

Sir Francis Aglen (1869-1932) was head of the Chinese Maritime Customs service from 1911 to 1927, one of the most important posts in the administration of China at that time. He grew up in Alyth and returned to live in the town following his retirement.

Francis Aglen (1869-1932) became one of the most influential foreigners working in China in the early 20thcentury as Inspector General of Chinese Maritime Customs. He was born in Scarborough but grew up in Alyth and later returned to the town in retirement.

Francis was the son of the Rev. Anthony Aglen, who arrived in Alyth in 1872 as rector of St. Ninian’s Episcopal Church, and his wife Margaret Elizabeth, née Mackenzie (the daughter of a Scottish surgeon). Young Francis must have played in the garden of The Parsonage in Cambridge Street and explored the town as he got older. His holidays from Marlborough School (then a school for the sons of clergymen) were naturally spent in Alyth.

When the time came to find a career he had a stroke of luck. His father had been at school with Robert Hart, who became the second Inspector General of Chinese Maritime Customs, and they had remained friends. Through Hart, Francis Aglen obtained a post in the Customs service and he left for China in 1888 when he was barely nineteen.

He rose rapidly. From 1897 he held the rank of Commissioner and was in charge of the major customs houses in Tientsin (Tianjing), Nanking (Nanjing) and Shanghai. During the nationalist Boxer uprising (1899-1901), the foreign legations in Peking (Beijing) were besieged and Aglen deputised for Hart while his boss was trapped there. Hart rewarded Aglen by promoting him to chief secretary at the headquarters of the Customs service in Peking. Aglen duly succeeded Hart in 1910 and was appointed substantive Inspector General in 1911.

In 1906 Aglen married Isabel Marion, the daughter of the distinguished Edinburgh botanist Sir Isaac Bayley Balfour. She died at sea travelling home from China in 1925 and two years later he married Anna Moore, the daughter of a Scottish shipping agent, Murray Ritchie of Leith. She seems to have been the governess of the Aglen’s five children for some years.

Aglen’s period as Inspector General was highly turbulent, so much so that after the fall of the Manchu or Qing dynasty in 1911, the Chinese administration was in sufficient disarray that he began to bank the very considerable customs revenues in European banks under his own name. He then proceeded to service the Chinese foreign loans and disburse money to pay for the police, infrastructure projects and many other national purposes. He was, by default, the treasurer of China.

In 1927 Aglen was dismissed because he had refused to follow the order of the Guomindang (Kuomintang) government to collect surtaxes which had not yet been formally approved by the Western powers. Many, including Western representatives in Peking, regretted his departure. After a spell living in London he returned to Alyth and bought Burnside House. By now he was garlanded not only with British honours, including the GCMG (Knight Grand Cross of St. Michael and St. George), but also the highest orders of merit from China, Japan, France, Italy, Denmark, Belgium, and Norway. Many countries were grateful to him for struggling to keep the Chinese finances on some sort of even keel.

Sir Francis died in 1932 at Meigle Cottage Hospital, and his widow moved from Burnside to Questan, a smaller house in Cambridge Street, surrounded by many items of memorabilia they brought back from the Far East. She was well known around the town and died in 1971.

To explain why all this is so important we need to understand the real significance of the Chinese Maritime Customs service. It was founded in 1854 as the means whereby the West could set about what it regarded as the necessary modernisation of China and its incorporation into the global economy. It was the principal means by which Chinese finances could be placed on a sound footing, such that Western loans and indemnities could be safely serviced. It was thus the key pivot between Chinese and foreign interests.

The composition of its personnel was extraordinarily international – as reflected in the range of orders received by Francis Aglen – and its operations were staggeringly diverse. It not only collected the customs revenue (the most secure and extensive revenue of China in the period) but also organised coastal lighthouses, harbour maintenance, quarantine arrangements, anti-piracy patrols, aspects of the postal service, as well as the collection of both meteorological information and statistics. The service had its own fleet of cruisers and lighthouse tenders, and its customs houses were to be found in no fewer than forty-six ports, the really significant ones being the treaty ports where Western powers had taken from a weakened China not only trading rights but also aspects of legal and administrative authority.

In the end the service was consumed in the joint fires of the Second World War and of Communist revolution in 1949. All this was a far cry from a peaceful Perthshire village that was, nonetheless, distantly plugged into these global events. 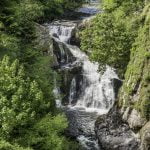 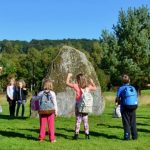