A Spin Along the Ericht

A thriving centre of innovation in Tayside’s textile history.

The area around Blairgowrie & Rattray has evidence of human settlement that goes back to Neolithic times. The Romans reached here, there are remains of an important legionary fort at Inchtuthil dating from the decade 80-90 AD, and Pictish remains are in abundance.

More recent history finds Blairgowrie being made a burgh of Barony in 1634 by King Charles I, which allowed weekly markets to be held. By the mid 1700’s the construction of one the great military roads to Inverness, built by the British Government as part of an attempt to bring order to the areas that had risen up in the Jacobite rebellion of 1715, had begun putting the town firmly on the map.

Huge expansion then took place in the 19th century as a result of the many textile mills which were built along the River Ericht, all now closed. By 1870 there were 12 mills along the river employing around 2,500 people, mostly women, and the population had increased from 400 in the 1700’s to nearly 5,000.

Soft fruit growing, mainly raspberries and strawberries developed in the 20th century and became a very important part of the town’s economy, which it still is today.

Properly known as the Burgh of Blairgowrie and Rattray, the two formerly independent settlements, situated on the west and east banks of the Ericht respectively, were united in 1929.

The parish of Blairgowrie & Rattray sits on the Highland Boundary fault, the great geological dividing line between highland and lowland Scotland.

The geology to the south of the fault, based on conglomerates and sandstones of the Lower Old Red Sandstone groups is a key element helping to form the character of the town’s buildings.

The old village of Blairgowrie clusters around the former parish kirk on the Hill of Blair. Prior to the Reformation the parish kirk belonged to the Abbey of Scone. Old Rattray’s history stretches further back with its Kirk established in 1170.

Modern Blairgowrie is centred on the gridiron plan laid out to the south of the old village core in the later Georgian period (c1714 – 1840). The Wellmeadow forms the principal public open space, created in the triangular space between the main routes northward and across the Ericht.

The area was rich in springs and the name Wellmeadow is thought to have originated from St Ninian’s Well, the supposed location of baptisms by the Christian missionary in the fourth century. The Wellmeadow later became a stopping place for drovers en route to market in Crieff and Falkirk, and a mart continued to be held on the Wellmeadow until 1904 when a new mart was built in Rattray. The Wellmeadow was also the site of regular fairs (the Fair O’ Blair).

The town was already a centre of the hand-spinning industry before the arrival of several mechanised jute and flax mills powered by the Ericht and the Lornty Burn from the late eighteenth century. This rapidly-expanding sector attracted migrant workers and initiated extensive expansion of the burgh. However the industry fell into decline after the 1880s and between 1929 and 1933 only one mill remained in operation. Wartime and post-war demand saw a brief renaissance for the mills, some diversifying into artificial fibres and using electrical power. However, by 1979 the last mill had closed down.

Blairgowrie & Rattray’s location and the fact that it had a railway line, built in 1855, which allowed swift transportation to markets south, also led to its growth as the ‘soft fruit capital of Scotland’, boosted by the introduction of raspberry cultivation to the area in the late nineteenth century. Pulping, jam-making, freezing and canning plants also appeared as related industries.

You can find out more about the place name Blairgowrie here.

You can find out more about the Cateran Trail which this itinerary follows part of the way here, and other fine walks in and around the town here. 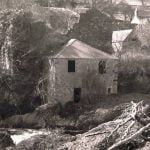 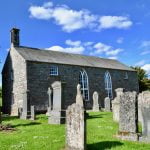