The gathering place of the Clan MacThomas.

Just south of Finegand, in Glenshee, is a large glacial erratic stone. There are many erratics in this glacial landscape but the thing that makes this stone special is that it is now the gathering place for the Clan MacThomas.

Dating back to the 15th century, the Clan takes its name from a Gaelic speaking Highlander, known as Tomaidh Mor (‘Great Tommy’), who settled his kinsman and followers in Glenshee. The early chiefs of the Clan MacThomas were seated at the Thom, on the east bank of the Shee Water opposite the Spittal of Glenshee. This location is thought to be the site of the tomb of the legendary Diarmuid of the Fionn Macumhaill legend, with which Glenshee has so many associations.

Great Tommy was a great-grand son of the 8th Chief of Clan Chattan. In his young days, he lived in the Badenoch district of what is now southern Inverness-shire. After his Clan joined together with 12 other Clans in what became known as the Chattan Confederation, he became disheartened by its large unmanageability and took his family and kinsmen across the Grampian Mountains in an easterly direction in search of greater prosperity.

Around 1470, he settled beside Shee Water becoming a clan chief in his own right and over time this group expanded eastwards into Glen Begg, Glenisla, Glenprosen and Glen Clova.

The fourth Chief, Robert was killed by a Cateran while trying to reclaim his cattle. The seventh Chief, McComie Mor, is widely acknowledged as the most famous of the chiefs and stories of his good judgment and enormous strength still circulate in Glenshee and Glenisla to this day.

The Clan MacThomas Society was founded in 1954 and Clan members from across the world gather every three years on this piece of historic land. The next formal Gathering will take place there in 2020.

The Cockstane, as the boulder is known today, remains a steadfast reminder to the chilling and bloodthirsty act of justice by John McComie, to whom the site is dedicated, a story that you can read about at the entrance gate to the site.

You can find out more about the Clan MacThomas here 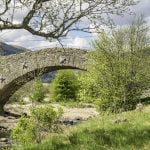 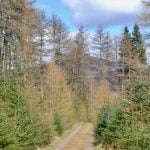