All points of interest
Have you seen:
Included in these itineraries:
Architecture, Historic Building
walking, cycling, car

Originally planned as a Railway Village.

This small village was the brainchild of local landowner George Kinloch, who was elected as a Liberal MP for Dundee following the Scottish Reform Act of 1832.

Kinloch, who was Chairman of the Dundee and Newtyle Railway Company, planned to build the village on his land where it was crossed by an extension of the railway from Newtyle to Coupar Angus.

Originally conceived as a linen weavers village, Ardler failed to grow as the mechanisation of the textile industry saw production move first to water-powered mills in Blairgowrie, and later to steam powered factories in Dundee.

For around 50 years the village was known as Washington, after the American President but this name fell out of use c1880 after the railway station was moved across the county boundary whereupon it was named Ardler after the neighbouring farms.

George Kinloch, whose nickname was the ‘Radical Laird’ intended all the streets in Ardler to take the names of well-known political and philosophical heroes that inspired his politics.

Wallace Street is named after William Wallace, c13th Scottish patriot and freedom fighter while Bentham Street pays tribute to the c18thc social philosopher Jeremey Bentham. Cartwright Place commemorated the prominent c18th social reformer Major John Cartwright, while the one unbuilt street, Hampden Place was named after John Hampden, nicknamed ‘Father of the People’ for his support of Cromwell’s protectorate and for the supremacy of Parliament over the Crown in the mid 17thc.

George Kinloch was a slave-owner in Jamaica, where he inherited the Grange estate on coming of age in 1796.

He also inherited Kinloch estate, which reportedly his uncle John Kinloch had repurchased from slave-derived wealth before his death in 1770.

A radical politician, fleeing sedition charges in France 1819-1822, Kinloch was elected as MP for Dundee in January 1833 after the Reform Act but died two months later.

A statue of George Kinloch in Albert Square, Dundee  was raised in 1872 – it was "the first statue ever erected in the streets of Dundee" and commemorates him as having been "Outlawed for the Advocacy of Popular Rights".

An article in the Dundee Courier on the inauguration of the monument reproduces an address George Kinloch published in June 1831 in which he stated, "I am an enemy to slavery in all its forms - to negro slavery in particular, and would vote for its gradual abolition, as early as it can be accomplished with benefit to the uninstructed negroes themselves, and with safety to the whites."

While this comment may appear to be at odds with his earlier position as a slave-owner, it should be noted that slave-owners - particularly politicians campaigning for office - often expressed general anti-slavery views while qualifying their statements by describing enslaved people as not ready or educated enough yet for Emancipation and warning that changes could be dangerous for white people in the colonies. 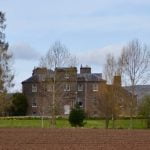 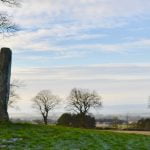