All points of interest
Have you seen:
Included in these itineraries:
Architecture, History
walking, cycling, car

The small village of Kettins lies just across from the southern edge of the Ecomuseum. Its Kirk stands on the site of a pre-Christian Druidic mound and it is probable that in the 6th & 7th centuries, a Celtic church existed at here under the auspices of the Culdees.

In the 12th century, a ‘capella’ or chapel existed at Kettins which was subordinate to Coupar Angus Abbey. It was one of six in the area at the time.

By 1249, the Chapel at Kettins had grown in importance, and on 18 April 1249 the site was established in its own right. The house of worship was consecrated as “Ecclesia de Ketnes” dedicated to Saint Brigid, one of the most venerated of the Celtic Saints, by David de Bernham, Bishop of St Andrews.

There is some debate over whether St Brigid was a real person. She has the same name and many of the same attributes as the Celtic goddess Brigid and there are many supernatural events, legends and folk customs associated with her. Like the saint, Brigid the goddess in Irish mythology is associated with poetry, healing, smithcraft, protection and domestic animals. Furthermore, the saint’s feast day falls on the Gaelic traditional festival of Imbolc, the 1st of February. Some scholars suggest that the saint is a Christianisation of the goddess; others that she was a real person whose mythos took on the goddess’s attributes.

The present church dates from 1768, with the north wing added in 1870 and the tower in 1891. There are Sixteen stained glass windows dating from 1878 onwards and the churchyard is famed for its Belgian bell of 1519, complete with belfry, which is sited close to the west gable it once surmounted and its Pictish cross slab.

The Culdees were an enigmatic group of early Christians in Scotland whose roots more than likely went back as far as the first century. They seemed to settle close to old Druidic sites, as it seems in the case of Kettins.

One of their chief occupations seemed to have been healing, with the use of herbs they cultivated. Toward the end of their lives some members curbed their secular activities and lived in makeshift monasteries that were either caves, or beehive cells constructed from large stones.

A Culdee settlement consisted of twelve monks, modelled on the twelve original disciples and paying heed to a wider cosmic symbolism of the number twelve. They had a tradition of gathering in groups of twelve and then subdividing if it grew beyond that number. This practice lasted well into the thirteenth century in the area the southern Picts used to inhabit such as Strathmore.

In old Church records the Culdees were recorded as the "Cele Dei" or "Keledei" meaning "Children of God". Others believe they were known as "culdich", meaning "Strangers from Afar".

One  theory is that they originally travelled from the Middle East and that the first Culdees were in effect of the order of Essenes, who had adapted their philosophy to the native religion of Scotland.

Joseph of Arimathea and a holy group of men and women from Palestine are known to have come to Britain on more than one occasion during Jesus' lifetime and it may have been that these Arimathean mission would have paved a way for the arrival of these ‘Strangers from Afar’.

It seems that the spiritual role of the Culdees was to provide a continuum from the old Druidic practices that revolved round their belief in the resurrection and the evolving soul, and their perception of Jesus as their arch-Druid. 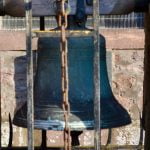 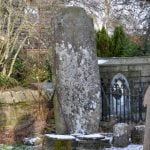