At the top of the town, where several drove roads converge, lies the  old Woolmarket, the street sign still bearing this name. Livestock fairs took place here and in the vicinity of West Quarter Farm and surrounding lanes.

In the Woolmarket, as in all burgh market places, there was a custom house where the tron was kept. This was a weighing beam which standardised weights and measurements, partly to collect the correct taxation on goods, and partly to stop unscrupulous merchants short-changing citizens. It was used to weigh wool and other items and was operated by the agent of the feudal superior, latterly the Earl of Airlie.

The evolution of sheep breeds and their geographical spread in Scotland is poorly recorded. What we do know is that the white-faced horned type was concentrated in Scotland and western parts of Britain; this type may have been influenced most by the first sheep to arrive in Britain during prehistoric times. The black-faced horned type was found mainly in the east and north of England, from where it was entered Scotland to become a distinct breed, the Scottish Blackface.

Intriguingly, there appears to have been a good number of people of Flemish origin in nearby Glenshee from early in the 17th century until the Industrial Revolution  led to increased migration from rural areas to the towns and cities. The southern end of the glen, where most of the Flemish appear to have settled, has gentle rolling hills and a fertile valley that would have been ideal for farming of various types, especially sheep. There is also a plentiful supply of fresh water.  Some of the earliest Flemish settlers are likely to have been sheep farmers.  They may also have brought their aptitude for weaving into play in the glen.

Sources: Scotland and the Flemish People, University of St Andrews

You can read more about the Flemish of Glenshee here and here. 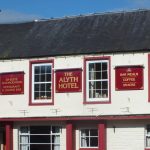 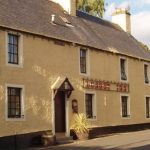