All points of interest
Have you seen:
Included in these itineraries:
History
walking, car, cycling

A private house said to stand on the site of a Temple built by the Knights Templar.

Whilst there is no proof that this temple existed, the land the house is built on did belong to the Knights Templar, a Catholic military order of Knights, founded in 1119.  They wore a white robe with a red Maltese Cross on the breast.

The Scottish Antiquarian Andrew Jervise, writing in the 1850’s advises that:

“The ancient fraternity of Knights Templars had considerable interest in this quarter, and  the kirk and kirkyard, in which the sculptured monuments are situated, is within the boundary of  the  old Temple lands.”

Behind the present house stood an old malt-kiln where barley was malted for whisky. The kiln was demolished in 1858 to build a wash house and underneath the kiln, 5 Pictish Symbol Stones were found which form part of the collection in the Meigle Pictish Stone Museum nearby.

From the 12thc when they were established, until 1312, when they were supressed by Pope Clement V, the Templars, whose initial role was to protect pilgrims travelling to the Holy Land from bandits and highwaymen, grew rapidly in membership and power across Christendom.

And whilst some were amongst the most skilled fighting units in the Crusades, 90% of their members were non-combatants who managed a large economic infrastructure throughout Christendom, acquiring farmland and vineyards, building massive stone cathedrals and castles, involving themselves in manufacturing and import and export, managing their own fleet of shops and at one point even owing the entire island of Cyprus.

In these highly successful commercial roles, they developed innovative financial techniques that were an early form of banking and built a network of nearly 1,000 commanderies and fortifications across Europe and the Holy Land.

The Templars are said to have owned 500 sites across Scotland and because of their business acumen, became advisors to King David I of  Scotland and his successors. 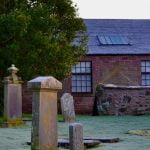 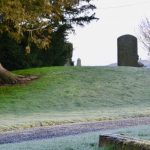