All points of interest
Have you seen:
Included in these itineraries:
History
walking, cycling

Site of one of Scotland’s favourite winter pastimes.

Curling is a team sport played by two teams of four players on a rectangular sheet of ice.

Its nickname, “The Roaring Game”, originates from the rumbling sound the granite stones make when they travel across the ice.

The first Curling Clubs appeared in Scotland around 500 years ago and it became the country’s most popular game in the 19thc with more than 2,000 lochs and ponds drawing people to the ice over the cold winters.

In the early history of curling, the playing stones were simply flat-bottomed stones from rivers or fields, which lacked a handle and were of inconsistent size, shape and smoothness. Some early stones had holes for a finger and the thumb, akin to ten-pin bowling balls. Unlike today, the thrower had little control over the ‘curl’ or velocity and relied more on luck than on precision, skill and strategy. 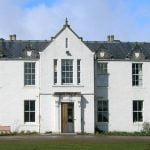 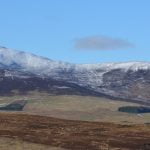