Cairn Motherie lies in rough pasture at around 490m close to the summit of Creigh Hill. It comprises a stony cairn some 13m in diameter by 1.2m high. Despite some modifications to the surface to create small modern bothies, the cairn appears substantially undamaged and may be expected to contain undisturbed burial deposits.

Burial sites are some of our most important historical places. They contain some of our oldest architectural remains, and tell the story of our relationship with place, death, and commemoration throughout our history.

Whilst the period of these sites is unassigned, which means they have not been dated, some of Scotland’s earliest burial sites were Neolithic cairns. They can be found all over the country, and are the most common surviving memorials of the country’s Neolithic past. They are usually rounded and made up of stone passageways and chambers.

Excavation of tombs often reveals human bones but not full skeletons – just skulls and long bones. This suggests bodies were exposed to allow the elements to de-flesh the skeletal remains before burial and the tombs repeatedly used, with the bones rearranged each time. 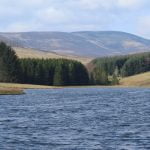 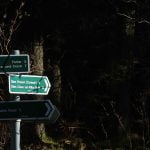