The Awakening, was a 9,000 sqm art installation of a giant hand sited on the Coire Lairige at the Spittal of Glenshee.

Co-designed by talented Tayside-based artist Martin McGuinness – whose acclaimed portrait of Hamish Henderson formed part of the launch of the Cateran Ecomuseum in 2019 – and long-term collaborator Fraser Gray, it was inspired by the Glen’s many connections to the legendary pan-Gaelic giant hero Finn mac Cumhaill (1), including the story that he is asleep under the mountains with his warriors ready to be awoken at a time of great portent to come to our aid. 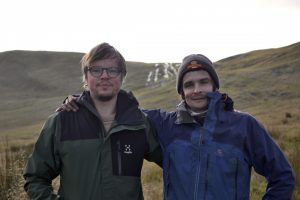 Martin & Fraser in front of the Awakening

Made out of 2,500m of Jute and Geotextile and pinned to the earth with steel pins it has taken nearly 500 man hours to install. The piece was in place for 10 weeks and coincided with the UN Climate Change Conference, COP26, which was held in Glasgow in November 2021.

A symbolic ceremony to awaken the giant took place at the start of the Conference, which fell on the date of Samhain, the great Celtic festival when the door to ‘the other world’ is open.

At this event, a Pictish war horn, the Carnyx, was sounded in the Glen three times by musical archaeologist and wind instrumentalist John Kenny. This is the signal Scottish giant Lore tells us will awaken the giant. 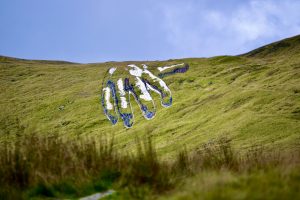 Glenshee takes its name from the Gaelic word shith, signifying ‘fairies’. Until the old tongue died out in the late 1800’s the inhabitants were known as Sithichean a’ Ghlinnshith – ‘The Elves of Glenshee’. The Glen’s ancient meeting place behind the kirk was called Dun Shith (Hill of the Fairies) and is still dominated by a standing stone from the Bronze age. The Coire Shith or Fairy Burn, plunges down the side of Ben Gulabin, the mountain commanding the head of Glenshee adding still more weight to the glens fairy past. 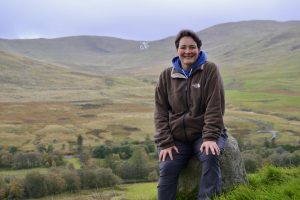 The Cateran Ecomuseum’s poet in residence Jim Mackintosh wrote a new poem for The Awakening, and storyteller Lindsey Gibb re-imagined a new tale about the piece too, both of which were performed in public for the first time at The Awakening ceremony, which also featured pupils from Kirkmichael Primary School who gifted community representatives from the area with hazel trees. 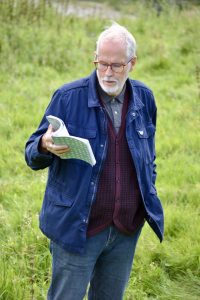 Part of the Commission brief to the artists was that the piece would encourage ‘Active Travel’. This means that whilst you can see it from the MacThomas Bridge, the best viewing point can be reached by walking up the Cateran Trail (clearly signposted) towards Enochdhu. Signposts are adjacent to the Spittal of Glenshee Hotel, currently undergoing refurbishment.

The walk should take reasonably fit people in the region of 15 – 20 minutes. Walking boots and suitable outdoor wear are advised.

You can listen to a podcast about this project made by BBC Scotland Outdoors here.

And watch a film about the opening ceremony below: 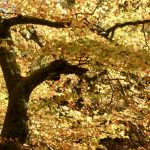 ROOTED – A New StoryBank All About Our Interdependence With TreesBlog 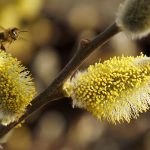