Some of the earliest physical evidence of human activity in the area relates to death rather than life. 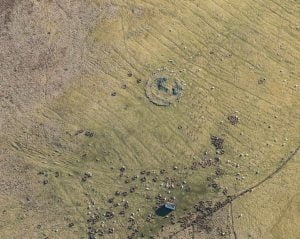 The remains of a substantial prehistoric burial cairn are situated on a low knoll in the saddle between the Hill of Kingseat and Saebeg hill. The cairn is roughly circular, measuring 19m in diameter with at least sixty visible kerbstones, photo © Perth & Kinross Heritage Trust

During the Neolithic period, around 6,000 years ago, people gradually became less reliant on hunting and gathering and began to settle as they adopted farming. These first farmers felled and burned the native forest to create open arable land and reared domesticated cattle, sheep and pigs. Remains of where they lived are difficult to identify amongst the layers of later prehistoric activity, however, some of their often substantial burial places and ritual monuments remain prominent features in the landscape.

Neolithic farmers built the earliest formal burials that we know about in Scotland
and these often involved a stone burial chamber covered by a mound of earth and stone. These monuments are referred to as cairns and are roughly circular with large, upright kerb stones around their circumference. In North East Perthshire they vary in size with the most remarkable group of four cairns located at Balnabroich where the Grey Cairn is 27m in diameter and once stood 6m high! Cairn Gleamnach by the Forest of Alyth and the ring-cairn at Lair, Glenshee are other notable examples.

Excavation of tombs often reveals human bones but not full skeletons – just skulls and long bones. This suggests bodies were exposed to allow the elements to de- flesh the skeletal remains before burial and the tombs repeatedly used, with the bones rearranged each time. Unlike us, perhaps in Neolithic society people weren’t represented in death as individuals but as a collective community of ancestors?

The above text, written by the Perth & Kinross Heritage Trust, is taken from a booklet which was commissioned and published by Cateran’s Common Wealth in 2017 called ‘Seeing Common Ground’. 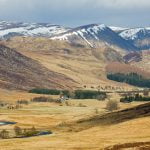 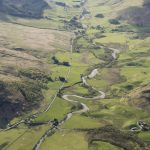